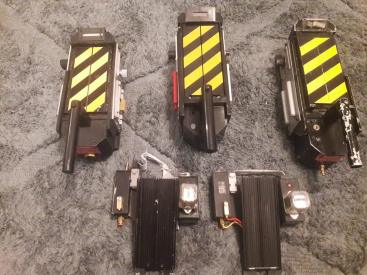 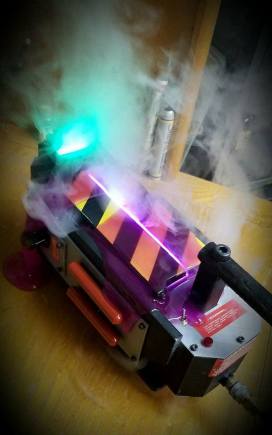 The Muon Ghost Trap, or just Trap is a sealed container that allows the Ghostbusters to transport the spirits to the Containment Unit, where they would be released into the grid. Once a trap has captured a ghost and has closed, it cannot be re-opened without releasing the ghost contained within. For this reason, the Ghostbusters must each carry several traps. When a captured ghost is put into the Containment Unit, the entity is pumped out of the trap cartridge so it can be used again.

The Containment Unit (also known as as the Ecto-Containment System, Storage Facility or Protection Grid) is located in the basement of GBNJ’s headquarters. It is a large, laser-confinement grid that holds and restrains all the vapors and entities that the Ghostbusters trap.