Believing you since 2003. We’re the BEST, the BEAUTIFUL, the ONLY Ghostbusters of New Jersey!

Ghostbusters New Jersey is the Garden State’s leading paranormal investigation and elimination service. We strive to provide all of New Jersey with the high level of customer satisfaction that they have always expected of GBNJ. We also work closely with our “sister” franchise in Delaware.

Besides bustin’ ghosts, which is a great customer service and all, GBNJ prides our-self on our charitable and community work.  It doesn’t matter if it involves visiting a children’s hospital or making an appearance at a trunk-or-treat, GBNJ will be happy to attend and make the day better for everyone involved.  To request an appearance by GBNJ at your event contact us

7/14/16- Proton packs, slime-blowers, a fully customized ecto-mobile, and a pop tune that’s haunted humankind since 1984.
Looks as if somebody called the Ghostbusters of New Jersey. 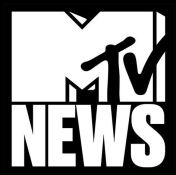 6/10/2016- It’s 9:30 p.m. on a Wednesday night in Williamsburg, and I’m watching three grown men walk down a quiet side street, sporting Ghostbusters jumpsuits and what appear to be functioning (“functioning”) proton packs.

MARCH 20, 2017
Newark – Who knew that Newark had it’s very own Ghostbuster Squad? On Saturday evening we caught the paranormal investigators outside the old abandoned Super Fresh in Newark’s Fairfield Shopping Center, vacant since 2015.

GBNJ has used a variation of the the No Ghost logo superimposed over the state of New Jersey since 2004, our current logo is just the third redesign since our founding in 2004, talk about consistency! 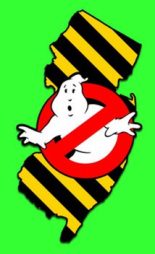 **Ghostbusters NJ isn’t, can’t and will not be held responsible if you or your franchise’s paperwork and permits aren’t in order.

One thought on “About”