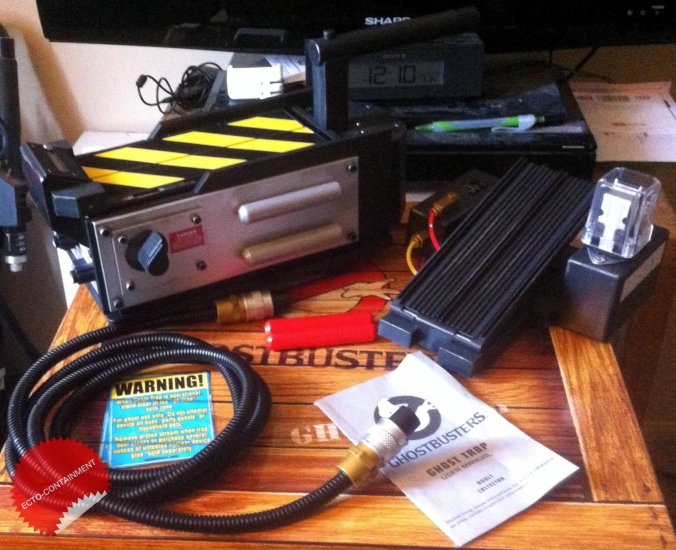 In early 2012 I bought a Matty Collector Ghost Trap from a seller within Jersey. I took un-boxing photos almost immediately, didn’t do much with them. The intent was to upload them to Ecto-Containment and around that time write a review. Whatever the reason prior to “Superstorm” (right) Sandy I sat on them.

The first week of November two years later I finally decided to work with those original pictures and add them to Ecto-Containment. The review still needed to be written. With my sense of humor I made it seem like we’d see that in 2016. Before the review I realized I needed more detailed pictures. I took a new series of photos, uploaded on November 9 and on November 10 wrote a review of my Matty Collector Ghost Trap, which has been published to Ecto-Containment.

The only prop toy I haven’t reviewed is their P.K.E Meter. I could see covering it by the end of 2014, I’ll see how that goes.