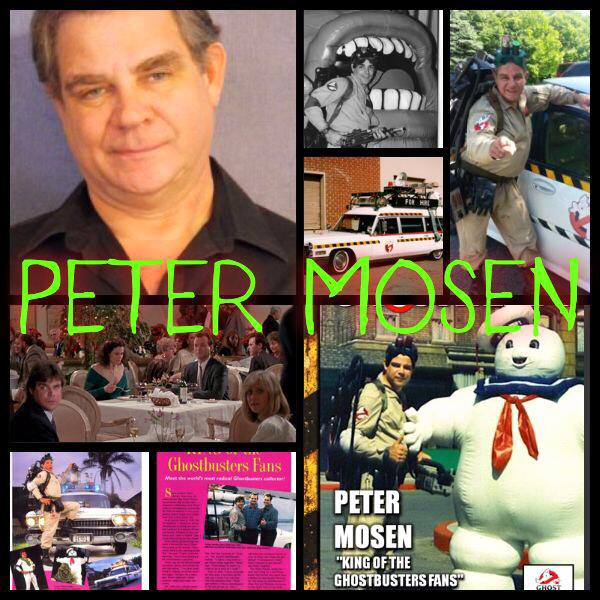 Three of these have been used to promote the GHOSTBUSTERS™ franchise for Columbia Pictures, a Sony Pictures company for both Ghostbusters and Ghostbusters II. Peter Mosen has won awards for over 22 Costume competitions since 1978, including Best Villian in the ReCreation Class for his Klingon Warrior at the 1984 World Sci-Fi Con in Los Angeles. Others include C3PO & R2D2, Cylon & Daggit, Darth Vader and Alien.

On Sept. 30, 1987, The Entertainment Department at Universal Studios Tour awarded Peter the “Rookie Of The Year” status for their Character Strollers.

In Ghostbusters II (1989), Peter appears as the date of the Slimed Restaurant Patron played by Judy Ovitz. Peter was a Ghostbusters superfan who used to do promotional work as a Ghostbuster, complete with his own Ecto-1 replica, for Columbia Pictures and NOW Comics back in the 1980s. He was profiled in The Real Ghostbusters Magazine, Fall 1990 issue.

Peter Mosen is the Godfather of Ghostbusters props!

This is an honor and a privilege to have him at our GBNJ table at Expo Martial Arts Comic Con 9.